Hi! We’re Athena Project – the Denver, Colorado nonprofit dedicated to strengthening our local and global communities by empowering women* and girls to embrace their place as leaders in the arts.

VISION: We envision a world with gender equity where women’s voices are valued and amplified in the arts.

WE VALUE: (in order) 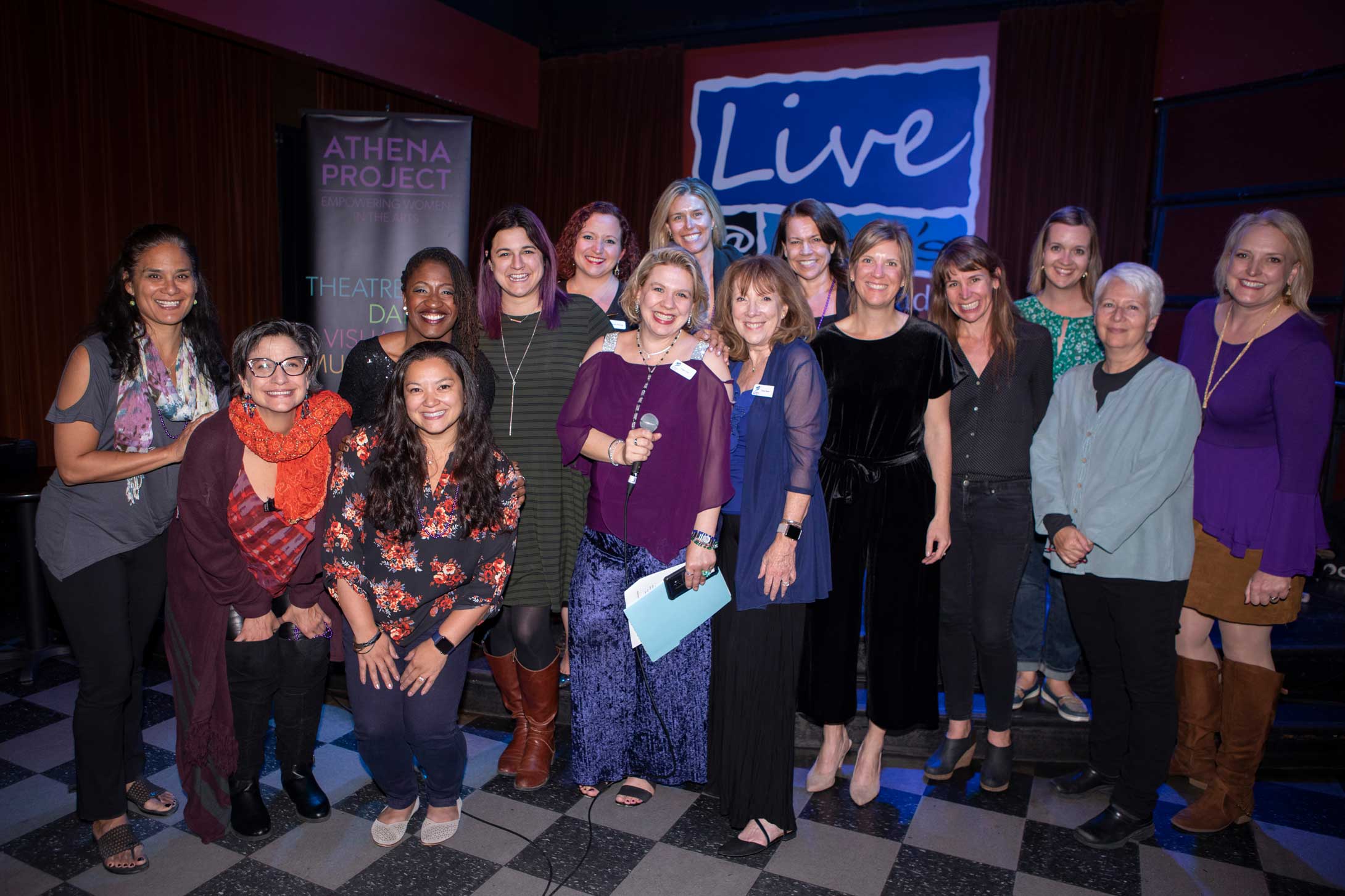 Athena Project was set up in 2012 by Angela Astle to close a critical gap in the creative life of the Denver community.

Angela is a Colorado native. She earned her degree in Business and Theatre at the University of Colorado at Denver, and then went on to sharpen her directorial teeth for many years on the stages of New York.

When she returned to Denver in Spring of 2010, Angela began talking to other female artists about creating a female-focused arts festival – and the seed of Athena Project was planted.

Athena began with a series of Plays In Progress – six brand new plays by women playwrights, three local and three from elsewhere in the US. The plays were developed with directors, dramaturgs and actors, and presented as workshop performances in 2012. One play was selected, based on audience responses and feedback from the Athena Board, to be staged as a full production during the very first Athena Project Arts Festival the following March 2013. March was selected as Athena’s Festival month because it’s also Women’s History Month and includes International Women’s Day and International Theatre Day.

Why We Need Athena

In the US, and around the world, women have a vibrant and vital presence in the arts – but did you know that right now the huge majority of women working in arts industries are in the least influential roles, with low pay and poor representation?

This means women’s voices, influences and ideas are being systematically muffled.

That’s why Athena Project celebrates and nurtures women’s artistic expression – and works actively for equality of opportunity, recognition and pay based on artistic merit.

Because enabling women’s artistic voices to be powerfully expressed alongside men’s is not just good for women – it builds a healthy society, for everyone. The richer the weave of ideas around us, the stronger the fabric of our communities. Which means a more connected, less polarized, safer and happier world for us all.

Our hugely innovative Plays In Progress Series gathers women playwrights to collaborate with directors, dramaturgs and actors, to bring brand new work to the public – and then the audience tells us what they think!

Our unparalleled Girls Create summer intensives ignite the passions and talents of middle and high school girls in writing, fashion design, comedy, and improv. This invaluable summer camp program empowers girls to lead, and to affect change in themselves and others through creative learning.