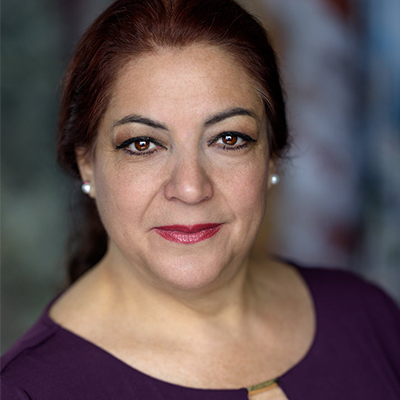 Maru has been acting and directing for over 30 years now. She has a Bachelor’s in Art from UNAM in Mexico City, specializing in directing. Maru has participated in more than 100 plays as actor and/or director. She has also had the opportunity to act in a few films and some TV. During her artistic career, she has had the opportunity to lead and manage Grupo Bochinche in Mexico City as Executive Producer and Artistic Director as well as The 73rd. Avenue Theatre Company in Westminster, CO. She currently serves as Executive Producer at Wheat Ridge Theatre Company.